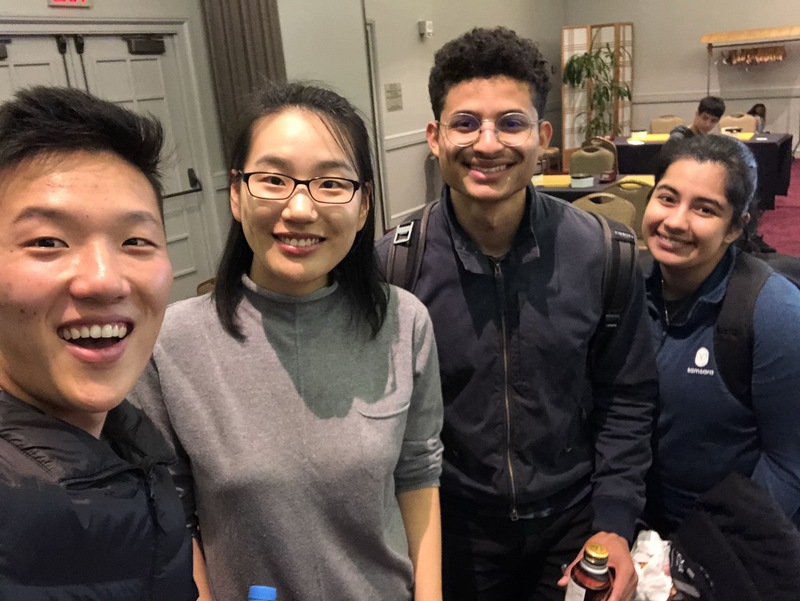 This past weekend I played Go in the 28th Northern California Ing Cup at the Hotel Kabuki in San Francisco. It was a one-day event with 4 rounds. $5,000 was split between the various winners in different categories. One of my friends won 3rd place in his division, and another played her first-ever ranked games. We all met a famous Go professional and Youtuber, Haylee Lee.

I had a fun time playing the game and meeting people, but results-wise, I didn't do too well. It's quite frustrating. I battled the same problems I've faced for as long I can remember — thinking too slowly, hesitating to make a choice between all of the options, initially exploring in a bold direction, but then falling back to a safe and small choice — and I failed to come out on top this time.

To understand this feeling more clearly, you need to see Go the way I do.

Go is also known as The Surrounding Game, because the goal is to surround more territory than your opponent. It's easy to understand the basics. You play one move at a time. You surround empty intersections to increase your score, or you surround your opponent to prevent them from increasing their score. It has a simple set of rules. However, having a wide open board means you have over 300 options where you can play your stones.

300 may seem like a lot of choices to pick between, but it's actually somewhat easy to decide once you understand your goals. Deciding on a move in Go is like deciding on any other choice in our everyday lives. You narrow it down based on what makes sense to you at the time. Out of your 300 options, 30 moves may be illegal or physically impossible. 250 may be considered a waste because you're simply feeding your stones into the other person's territory, or you're playing into an area that you already own. Out of the remaining 20 moves, maybe all of them are reasonable in some sense, but only 3-4 are optimal for your end goal. And out of those 3-4, the best move depends on your opponent's experience and your ability to predict the future.

Now, imagine: you're playing against an opponent you just met. You both have the same goals to maximize territory. With each move you play, you think you've narrowed down the options to the top 3 moves, and you think you're picking the best options. However, by the end of the game, you have very clearly lost, and you're not entirely sure why. Now, multiply that experience by three or four times. Frustrating, right?

When I take a step back to think about it, playing Go and living a good life are somewhat similar. It's just that the goals may be different, and in life we probably have more options that we even know about. In Go, you're trying to maximize your territory points. In life, you have to figure out your goal first, and then you do what you need to do in order to reach that goal. Because there are extra layers, life is a much deeper and more dynamic game, but Go is a fun simulation that forces me to reflect on my fundamental tendencies.

So here's to: thinking faster, hesitating less, and committing more to bold dreams. I may have lost the battle this time, but it's experiences like this that motivate me to keep learning so that I can win the everlasting battle against myself. 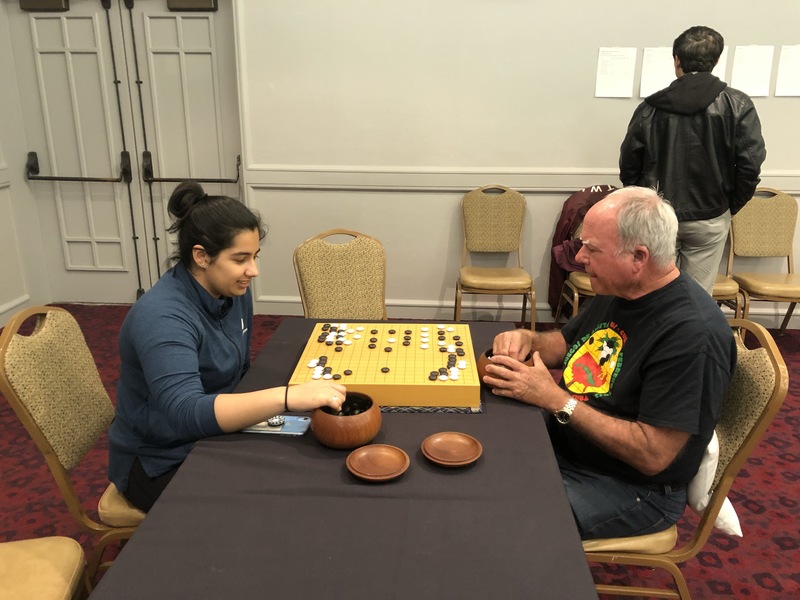